Disney’s Star Wars series, The Mandalorian, tells a new story from a refreshing but familiar perspective all about a baby who resembles the late Yoda. This story is something that should be appreciated for simply what it is — another story about an exciting and thrilling adventure.

From the moment the first scene begins you are thrust into the everyday lives of the people living on a planet that Mando, The Bounty Hunter is visiting. The scenes appear to be familiar but this time we are focused on exploring the lives of the people that are usually in the background. Everything seems to be slowed down but still holds that familiar feel that we all know and love from the Star Wars movies.

(VanDerWerff. 2019, p. 8) “What’s more, the atmosphere of The Mandalorian is explicitly spaghetti Western, rather than anything more directly related to Star Wars.” This series seems to be the perfect combination of both Star Wars and Spaghetti Western films, in my opinion. The search for a bounty for a price placed by the highest bidder, bar fights, and dusty roads seems so Western except this is all done using futuristic weapons and spaceships. Not to mention, the way that Favreau decided to hide the physical identities of certain characters who were played by big name actors was genius; keeping the audience focused on the story rather than the infatuation that they may have with the actor themselves. This has been done in old western movies as well, making the connection even stronger to the idea that I mentioned before.

The bounty that the faceless bounty hunter is looking for is none other than the cute Baby Yoda. Baby Yoda, perfectly captured in every scene to showcase all of his cuteness is the highlight of the series. I don’t believe that the success of the Baby Yoda is solely credited to the technicians and designers but also to the hearts of the viewers. Who wouldn’t fall in love with this tiny, curious, and mysterious alien?

Fans have put theories up in the air about this new cutie and his origin. There are two theories that are quite interesting: Baby Yoda is indeed young Yoda himself or Baby Yoda is an offspring of Yoda. (Vasquez. 2019, p. 10) “Both theories seem to hold water at the moment, and since Star Wars has always put great emphasis on familial bloodlines and royal lineage, it would be surprising if Baby Yoda turned out simply to be some random orphan caught up in the fallout of the original saga.” Not only would this be a surprise but disappointing as well but would open up the narrative to explore both Yoda and Baby Yoda’s unknown origin.

Between Baby Yoda’s mysterious identity and the series’ futuristic spaghetti western atmosphere, I would say that The Mandalorian has so much potential to gift viewers with something to look forward to. 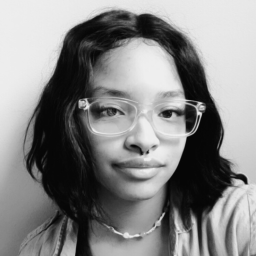 Shan Bae is a creative writer and aspiring self coach. She uses her words to inspire humanity to do their best.

Your contribution will go towards the growth of this website and the owner. Thank you.